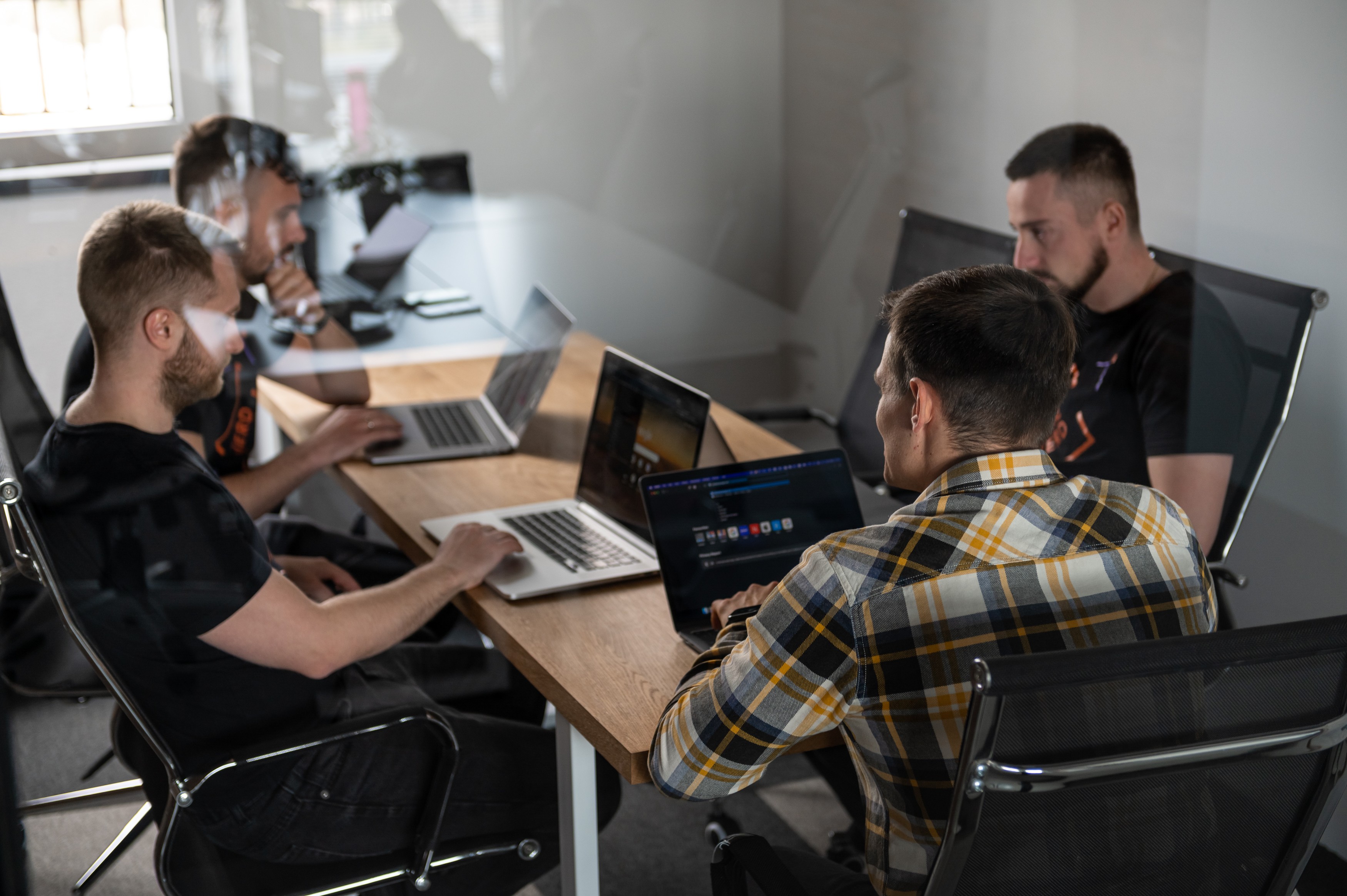 From a recruiter to a developer: the job from both perspectives 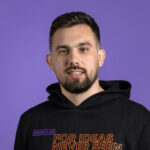 Switching your role sometimes may be scary, but it’s entirely possible and even necessary in the current reality if you feel like doing it. External factors are not an obstacle for it but rather a catalyst that accelerates your train of thought.

My name is Ivan, and I am an iOS developer who used to be a recruiter. In this article, I will describe my journey in the IT world from a recruiter to a developer and tell the secrets of successful interviews. Also, I’ll share my experience in a new position and why I felt like I had new good friends at NERDZ LAB  from the first days in the company.

Read this article in Ukrainian here

Like many ambitious, freedom-loving, and starving students, I took different summer jobs. Hence, I have some experience both in construction work and electronic retails. Once, already finishing my fifth year in university, I realized that I had a lot of spare time. Let’s keep it honest: I knew I would start writing my thesis a week before the dead. Therefore, I was looking for another part-time job.

I attended English language courses, and my coursemate appeared to work for an IT company as an accountant. That’s how I learned that there are not only developers but also professionals with allied skills, often far from the development itself in IT companies. At that time, the IT field was an unknown alien world for me as I didn’t know how people got there and what they particularly did. Some things reached my ears, but I had no idea what occupation it was.

I suppose I had good luck back then. It was 2016, and the IT field was gathering rapid momentum. There were not so many developers in Ukraine; even fewer ones had the relevant education, the competition was low, and so was the threshold to enter the profession. There were a lot of positions and courses for beginners. Crowds of people were trying to land on QAs, PMs, and front-end roles. As for me, I decided to try out the recruiter’s job.  The basic English and communication skills were enough. I noted the significant advantages were a relatively free working schedule and a decent wage for a suitable hire.

I liked the recruiter’s job. It’s the responsibility and the joy at the same time for people you help to get the position or the project where they’d like to work. I like what I did. Applicants mostly prepared for their interviews, taking their communication with a recruiter seriously.

I continued and liked my job for some time, but the market started changing, the number of requests grew, and companies started chasing and hunting talents. They offered higher rates, better working environments, and fuller benefits packages. The company urged us to fill positions faster and get more projects rather than build a team. Recruiters now had to multiply their efforts by dozen, but the quality and the result were left to be better. Finding a developer on LinkedIn, setting up a call, and holding an interview was not enough. I didn’t feel equal with the candidates because my goal then was to ground on their wishes and find ways to persuade them to work for us.

Developers’ attitudes to recruiters also changed: they got more letters about job opportunities. They relaxed a little bit as they felt in demand and became careless as if there was no need to prepare for the interviews because they would get a job offer one way or another. They would get five requests daily on LinkedIn, often with higher rates.

I understood it was a time for a change because I saw the opportunity for me at the market then.

While during the first lockdown, everyone spent days watching TV series or scrolling their TikToks, I focused my efforts on iOS software development. Recruiting activities didn’t work because small companies shut down, and the big ones watched what would come next. Many people lost their jobs and decided to switch roles, and I was also laid off.  Now that I had much more spare time, I took a step closer to my new profession. Besides, I had already had some javascript programming experience way long before thinking of becoming a developer.

I found some courses on Youtube and Udemi. While learning the basics, I was already looking for Junior iOS Developer positions on DOU, examined the requirements for developers, and compared them to my knowledge and skills.

At some point, I had already had enough theory. I understood that the courses did their job well, but I needed practice and a mentor to structure the information for me.

I started looking for professional courses with mentorship, but the pandemic-related restrictions postponed them all the time. So I continued learning by myself.

In January 2021, my friend, who had been running a developer role for a long time, told me that the company where he worked was looking for a junior iOS Developer. He suggested that I give it a try, which was a jackpot for me! I took this challenge and realized that that was my chance to get some practice, have a mentor, and land this job.

Luckily, I  had a recruiter’s background and prepared tricks up my sleeves for the interview. 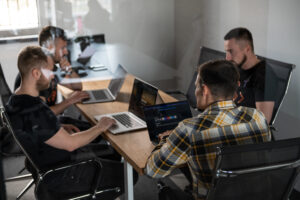 They estimated me as a Trainee on that interview, while the company needed a Junior, so, first, I didn’t get any offer. However, my recruiting background did me a favor – NERDZ LAB had an open position exactly for a recruiter. I was able to show that I was a fast learner ready to grow, and while I was gaining practical development knowledge, they could take advantage of me as a recruiter.

So did they, giving me an opportunity to learn and grow. When I got enough skills, I filled all positions and completely switched to a developer.

It’s incredible that NERDZ LAB is ready to put their time and effort into their team members and shape their decent skills. They help us become experienced professionals.

I have already been working here for more than half a year, and I build software for iOS and code on Swift. And my diploma in civil engineering is a showing example of an opportunity to change one’s occupation and become who you really want to be regardless of your education. You only have to have enough willingness and commitment.

Now I am growing as an iOS-developer, and I enjoy my job and the results I see. I still have room for growth, but it even drives me for more. I will strengthen my technical background because I plan to develop apps not only for iOS but also for WatchOS and TVOS MacOS. 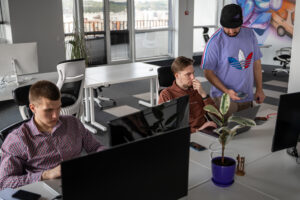 How to get more chances at the interview

This knowledge helped me pass the interview for a recruiter’s position at NERDZ LAB, which allowed me to reach my goal. So, take my tips as a former recruiter and today’s developer.

Use the position description to prepare

Many people run through the conditions a hundred times, but fewer read the requirements. The position description is similar to movie trailers and often includes points an interviewer will ask you about. If there’s a technology you are not familiar with, you won’t nail it by the interview. But you still can read about it and tap a toe. It won’t give you an advantage over developers who know this technology but increases your score in an interviewer’s eyes for theoretical knowledge and commitment to learn and grow. Also, it will save you time because an interview may show that you and this position don’t make a match.

Describe all your background if it somehow relates to the IT field. Of course, the locksmith experience would hardly help you here, but if you can add a touch of humor and show some advantage for a company, why not? For example, tell them that you can handle the jammed lock to save people from being nervous, like when Facebook employees couldn’t get into their office. Of course, I’m joking. But I could take advantage of my experience at that interview. Recall all your classes, lessons, field-related experience, and technologies you worked with. Structurize it for a recruiter to catch the eye on the key information instead of searching for it. Bullet points, lists, and bolded key points will make it happen.

Let the trusted people read it

When you read your CV on your own, it might seem that you’re not good enough. Or, vice-versa, as cool as gazpacho. The outside perspective will help strengthen the text, pay attention to advantages and backlashes, recall what you missed, add some confidence, or cut off something. If you have an HR manager or a developer among your friends or connections, use this benefit to ask them for your CV review.

You did your best and everything you could. Now your main goal is to keep yourself calm and self-confident, think what you say, and say what you think. Being nervous won’t make things go better. Honesty is always valuable, instead. Even if you feel lost or forget something, tell honestly about it. And if you think that you are not in a good spirit for an interview, reschedule it. It’s better than showing passive aggression to a recruiter.

For an interviewer, it’s like a bell that you’re interested in this position, know this field, and would like to understand whether your and a company’s expectations match. Lifehack: the more profound the questions are, the better. It shows that your interest is not superficial.

One step at a time

Don’t expect the offer immediately. A recruiter can reach you later and offer the position or reject you. It’s your experience, and you can make use of it. 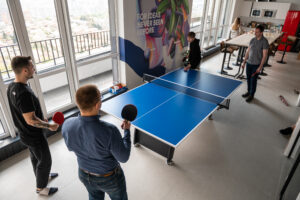 I hope my story inspired you not to be afraid of life changes but move towards them instead. Choose the companies that only strengthen your self-confidence. Don’t give up on failures (everyone has them).

Yes, the situation is different now. However, the golden rule of thumb remains: to work at a great company, have a decent wage rate, and grow professionally, you only need to work on yourself.

Everything will be Ukraine! 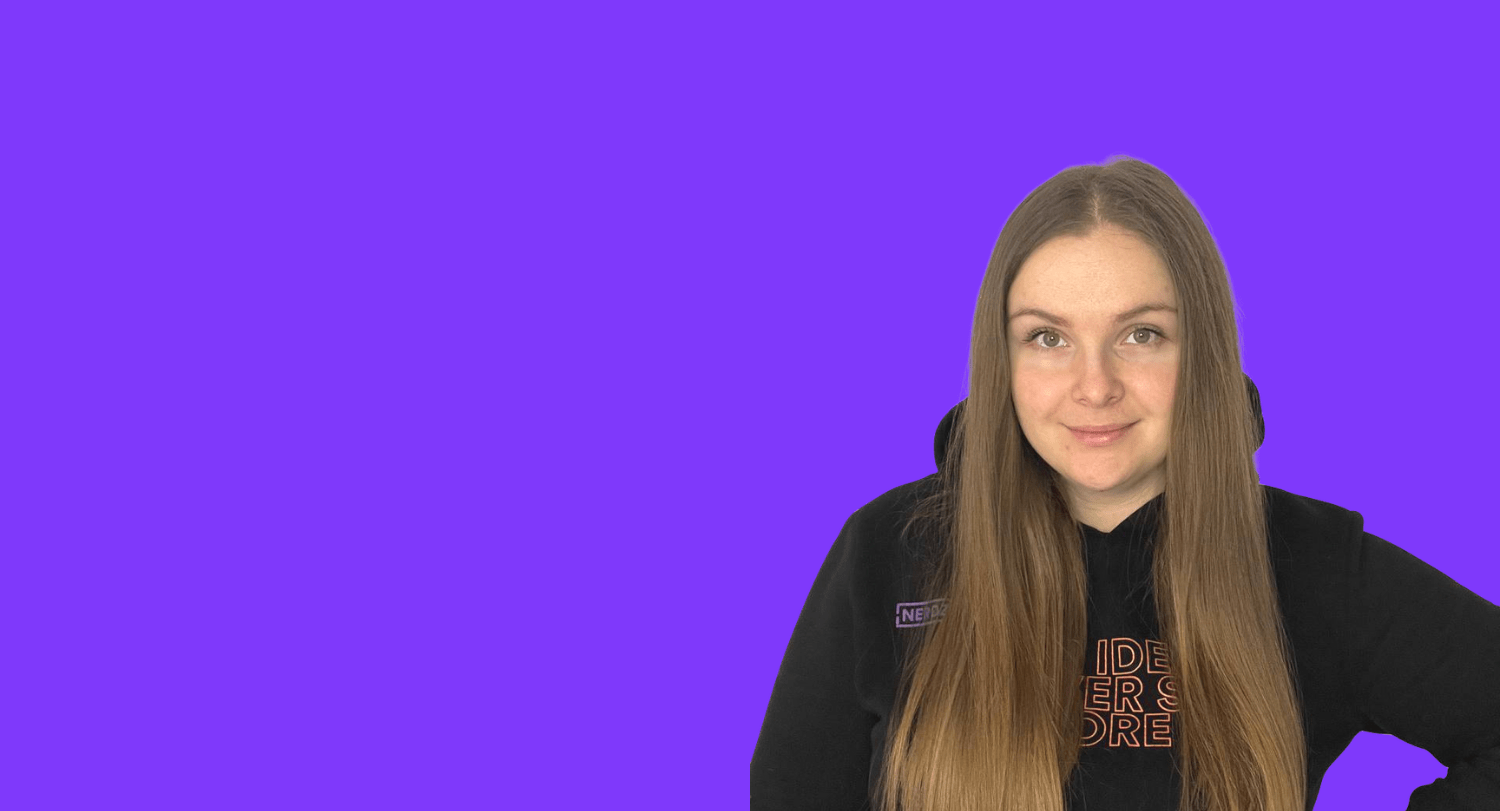 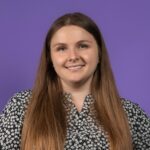 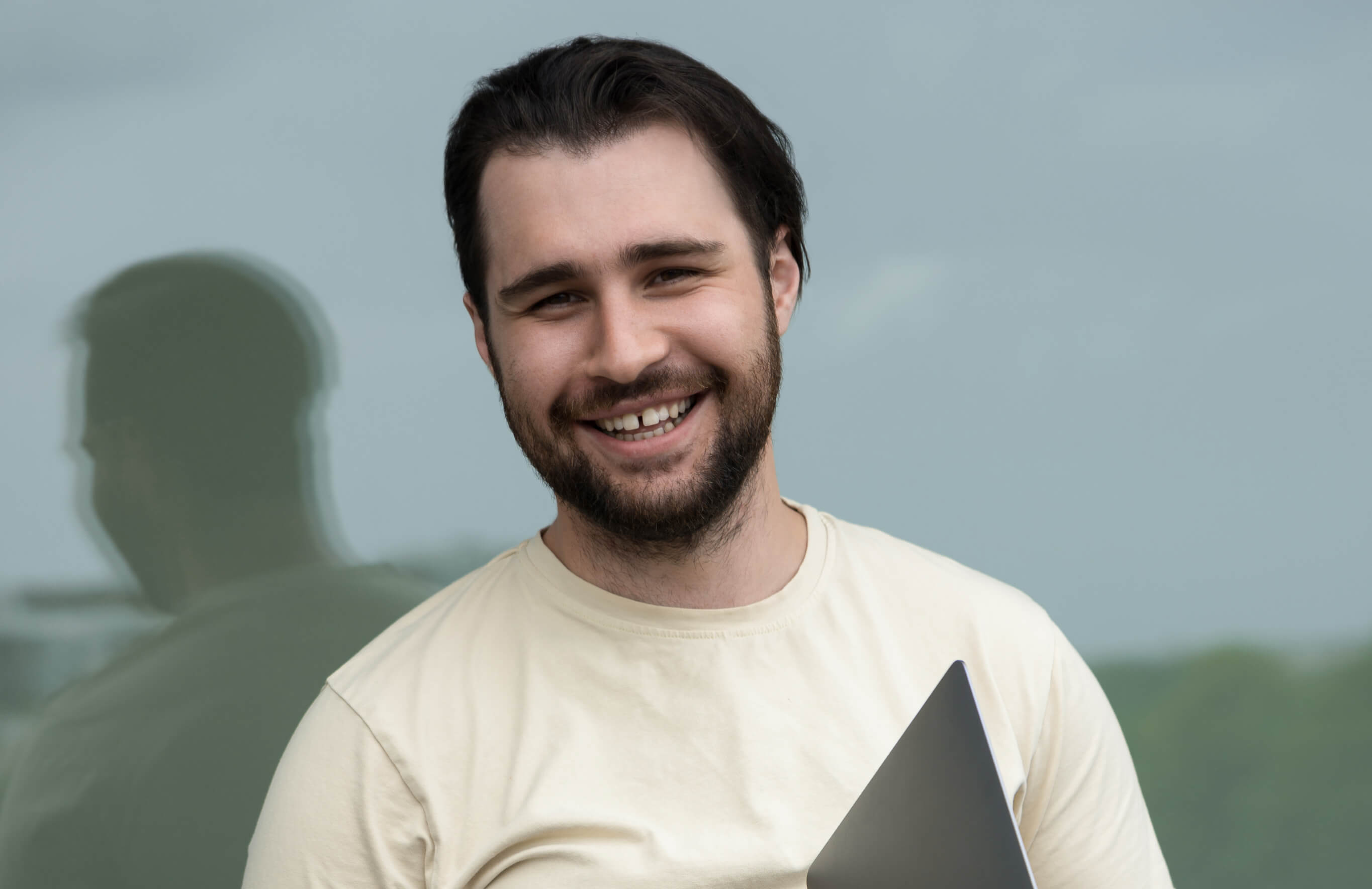 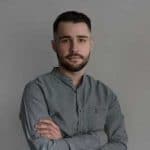 Here are five steps to ensuring data security during iOS development. Learn what measures to take to secure your customer’s data and...